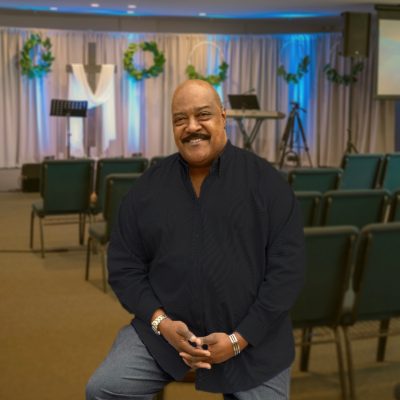 Our heavenly father is so kind and loving to us! When we yield our lives and surrender our hearts, God will begin to systematically and strategically move us towards our divine destinies.

One of the major things that God does is to allow  us to  enter into relationships with people who will begin to teach, train, mold, shape, and refine us for our God given role in the kingdom. Often  times we may yield to our flesh by thinking that He does not know what is going on in our lives. It is easy to have these kind offleshly thoughts because of the severity of the tests and trials we may endure and because of the pain felt from some relationships that go astray. As we mature in Christ, we rest in the sense of knowing that no matter what we may go through, God is working everything out for our good.

“And we know that all things work together for good to them that love God, to them who are the called according to his purpose.” – Rom 8:28

Let us ponder for a moment the following relationship lessons learned from Joseph, Moses, Samuel andDavid:

Joseph’s and Potiphar: Although not a man of God, Potiphar was used to train Joseph in the Egyptian culture and royal protocol. Joseph was tested and tried within the realm of the authority given him byPotiphar and did not succumb to the wiles of the enemy. The relationship with Potiphar positioned Joseph for the promotion into Pharaoh’s palace.

Moses and Pharaoh:   Moses was raised and trained in the palace of Pharaoh. There he also learned firsthand royal authority and protocol. God allowed Moses to see the inner workings of black magicand occult ceremonies along with the hidden practices of the pagan priests. Forty years later, Moses did not tremble nor shake in his boots when the magicians turned their rods into snakes. He had seen it allbefore! He was strategically positioned and sufficiently experienced to deliver the Word of The Lord to Pharaoh.

Samuel and Eli: Samuel was released into the care of the prophet Eli upon being weaned from his mother Hannah at a very young age. Samuel was trained in all the ways of the priesthood by Eli. During this time also, Eli became spiritually blind, and impotent in his ability to correct the wickedness and abuse that Eli’s natural sons perpetrated over the nation of Israel. His sons abused their positions and power within the church to sleep with women that came to the Tabernacle door. (1Sam 2:22) They abused those who didn’t have a basic spiritual understanding. Samuel was able to see firsthand the fruit of uncorrected sin at aspiritual high level. Eventually, after the deaths of Eli and his sons, Samuel was moved into position as a priest, prophet and leader with great integrity and holiness over the nation of Israel.

David and Saul: Immediately after Samuel anointed David to be king, David was ushered into thehousehold of Saul. 1 Sam 16:21 tells us that Saul loved David and he became Saul’s armor bearer. As an amour bearer, David was in a prime position to learn the inner workings of a king’s inner court and how to administrate a kingdom. Further, he learned royal authority and protocol.

Unfortunately, for Saul, he lost his anointing began  and operating in his own might. He became plagued by an evil spirit of torment. Even though David was in the presence of a flawed leader, he still learned royal lessons that enabled him to become a successful king.   David, just like Joseph, Moses , and Samuel was put in close proximity with a leader who was to train and mentor them for their predestinedrole in the kingdom of God.

In the afore mentioned examples, God allowed His chosen men to be mentored and trained by flawed examples of leaders. Whether the leaders were spiritual or secular, God still had a purpose in it. For those in the work place, we cannot afford to discount the lessons learned from serving under a boss whom we may not like.

Beloved, it is equally important to learn “what not to do” as it is to learn “what to do’! Sometimes negative lessons in life have a better impact on us than positive lessons. That’s why IN ALL THINGS, we must trust and rely upon God. We must trust that God is workingout in us and for us, His Will,

His Ways, His Methods and His Timing.

Those in ministry today can attest to the fact that there have been divine connections from God in our lives.Divine connections with those that God has ordained, both spiritual and secular, are key for the successfuland strategic positioning of prophetic people. Those called to the realm of the prophetic must also be prayerful and expectant  of God bringing seasoned prophets along their way to help prepare them for kingdom advancement in ministry.

No  matter  what the test or trial, remain prayerful  and remember to look beyond the human nature to see the Hand of the Almighty working to bring them forth as diamonds so we can sparkle as jewels in His hands.

May God’s Grace Abundantly Rain In Your Lives,